How a new technological bundle of joy changed the life of a work-at-home mother and her family
BlackBerry Diaries: Adventures in Modern Motherhood
By Kathy Buckworth
Key Porter Books, $19.95

For humorist, author and harried mom Kathy Buckworth, getting a BlackBerry smartphone was very much akin to adding another child to her family — the constant demand for attention, the calls in the middle of the night, the love/hate factor — and both children and BlackBerry, she says, are crucial to her life.

“BBSPs (BlackBerry smartphones) and children share many of the same ownership challenges, and many of the same moments of joy and desperation,” she writes in her latest book, BlackBerry Diaries: Adventures in Modern Motherhood. And she wouldn’t have it any other way.

“You love them. You hate them. They drive you crazy when they’re ‘on,’ and look adorable when they’re sleeping. Nothing in your life is more frustrating or adorable. There’s no reasonable explanation.”

In her new book, Buckworth takes the reader through a year-long blog account of life with her new BlackBerry and how, as a working-at-home mom of four, her two worlds — technology and children — collide.

Buckworth writes unapologetically and with sharp wit about balancing the needs of her children and family life while finding pure escapist delights through her BlackBerry, lovingly named “Seamus.”

“It provides me with comfort, entertainment, advice, news alerts, laughs and most importantly, companionship,” she writes. “I am never alone when my little square black friend with me.”

Her life with BlackBerry was born partly of necessity, as a writer working from home, but soon became a key part of her lifestyle — a part of her, in fact.

“It became, for me — particularly as a freelance writer — a way to make my office mobile,” Buckworth, based in Mississauga, said in a phone interview.

“But also as a mom, a large part of our day is spent in isolation with our children, and we crave adult company sometimes. The BlackBerry allows you that, through e-mail interaction with your friends or business acquaintances, or just surfing online or Twittering.”

The book is the fourth for the 46-year-old Buckworth, an award-winning writer, TV personality and public speaker. Buckworth’s first book, The Secret Life of SuperMom, was published in 2005.

Her second book, SuperMom: A Celebration of All You Do, was released in April 2006. Journey to the Darkside: SuperMom Goes Home was published in April 2007 and was nominated for the 2008 Stephen Leacock Medal of Humour.

She writes a monthly column, Funny Mummy, which appears on more than 25 websites across Canada, the U.S. and New Zealand, as well as in print, and recently finished writing and co-hosting a radio show pilot for CBC Radio 1.

Her latest work — documenting her BlackBerry love affair — began as a Christmas gift from her husband (who she says is also chained to his device) three years ago.

The book begins on that Christmas Day, when she gushingly writes: “Today I’m holding a brand spanking new piece of heaven — my very own BlackBerry smartphone!

“Oh, how I have longed for one. This is the piece of technology that will transform my life.”

The recurring theme of BlackBerry Diaries is how parallel her use of the device is to childrearing and how essential both — being readily accessible to work and to her children — are to her life.

“You realize, when you don’t have it, how crucial a BlackBerry is,” she said, with a laugh. “It’s like reaching down for that little hand that’s not there.

” … I can’t imagine not having it. It’s like a baby: until you have one, you can’t explain how it feels.”

“Often I’ll hear: ‘Mom, look up from your BlackBerry and listen to me.’ Sometimes when they say that, I’ll be on a field trip with them or at the park, and they can’t understand why I’m in one world and not in the other. I’ll say to them: ‘If I didn’t have this, I actually couldn’t be on the field trip; I’d have to be at my computer working; I’d have to be by a telephone.’

“And they’re starting to understand it as they get older. I have two teenagers, who now are texting all the time. They’re used to it, as well. Certainly, there are times where you say: ‘I really should be watching this dance recital or that goal in hockey — I’ve got to put this away for a minute.’”

As with raising children, she says, having a BlackBerry constantly at one’s hip is pleasurable, yet often overwhelming. “You love them one minute; they frustrate the heck out of you the next.

“It’s (the BlackBerry) sometimes the greatest thing, then other times it’s buzzing and it’s like, ‘Oh, I can’t look at it.’ When people know they can get you 24/7, and they know what I call your ERT — your Estimated Response Time — they know I’m back in two minutes, so if I don’t answer for an hour, they assume I’m dead or I don’t want to talk to them.” And the demands can lead to all sorts of mini-disasters.

“Usually it goes off when you’re in the bathroom, or driving, and that’s when they (children) have their biggest fights. Or you’re trying to leave the house and the battery’s dead.

“When the BlackBerry’s quiet, you wonder: is there something wrong with it? Is the network down? Does it need me? It’s the same when your child is too quiet, or you have a newborn and they don’t wake up.”

Buckworth’s appealing brand of humour lies in her rapid-fire, colourful and self-effacing examination of what it means to be a “Modern Mom,” a woman very much plugged into the world outside her children, who retains her sense of self, as well as her ambitions and dreams.

“A lot of moms find themselves defined by the fact that they are a mom, and I think having the BlackBerry gets us reconnected with the real world, and establishes your own online presence or your own personality, your own private conversation.

“You can be someone else online — you can be the person who reads all those interesting books, or that woman who knows so much about market research — you don’t have to be just ‘Adam’s mom.’”

And in BlackBerry Diaries, she succinctly summarizes what today’s “Modern Mom” truly needs:

“Modern Moms have to ‘be in the moment’ physically, but sometimes — in order to make it through the day with our sanity intact — it is necessary to find distractions to take us away from the literal day-to-day shit with which we are constantly faced.”

The relationship between a BlackBerry and its owner is not unlike that of a mother and her newborn baby, says Kathy Buckworth in her book, The BlackBerry Diaries: Adventures in Modern Motherhood. Ever since her husband could not put down his own BlackBerry, Buckworth decided to see what all the fuss was about. So she bought a shiny black one — to match her shoes — and named it Seamus. “No one can truly explain what it’s like to have a real, live baby in your house, and no one could really describe the transformative moment when I held that adorable little thing in my arms (okay, fingers) for the first time,” Buckworth writes.

Her book is about the joys and drawbacks of owning a smart-phone, mixed with musings about parenthood. Buckworth explains phantom vibrations (dubbed “BraxBerry Hicks”), which any true “BlackBerrian” recognizes as the moment when you’ve think you’ve received an email and then, if in front of people, you have to read a blank screen to save face. 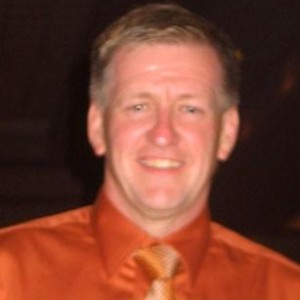 And mostly the reason we have a charcoal bbq is because I was in a Home Depot and I said to my then 15yo son “We used to have one of those when I was a kid. I should get that.” And he said “Can you spend $149 without asking Dad?”
So of course I bought it. WITHOUT ASKING DAD.

At home we use a gas BBQ, and at the cottage we use a charcoal one…which do you prefer?

3 baby products you must keep at grandma’s house

How the internet has changed grandparenting